When Thanksgiving rolled around this year, I was both really excited and really ready for it to be over with. It’s been a busy couple of weeks between  Peace Corps stuff, our final LPI (Language Proficiency Interview), regular school stuff, and an assortment of other social gatherings and trainings. Peace Corps told us a few weeks ago that each training community would be getting two turkeys (flown in from the US to a military base in Kosovo and driven back to Macedonia) and that we should hold a Thanksgiving dinner for our families here.

My immediate concerns were, in no particular order: only two turkeys for eight families/almost 50 people? And where are we supposed to cook them? And we’re getting them frozen two days before Thanksgiving? And no one has a meat thermometer? And we aren’t going to have enough food and everyone will be hungry and angry, or they will die of salmonella from aforementioned potentially undercooked turkey! And how am I supposed to go to class in the morning and then somehow pull this off before 6 pm?

All of this turned out to be unwarranted worrying, since we had more than enough food and it was a fun night with our families. I made one of the turkeys and gravy, stuffing, and a sweet potato casserole. It was strange to be cooking in a kitchen that I haven’t really been allowed to cook in before, with only Dedo home to help me find what I needed (and who admittedly hasn’t ever cooked anything and doesn’t know anything about what may or may not be in the kitchen.) He was also concerned that I was cooking the turkey whole, and asked me if I was going to cut it apart and boil it before roasting it in the oven – this is how Baba makes chicken and rice, so I think he thought I was just making a giant sized version of that. I was on my feet cooking for 7 hours and my back was screaming the rest of the night, but all in all it was a success. We also got shirts from Frorsina and Goran that they custom printed for us! It was so sweet of them, I’m really going to miss our Vatasha family when we move. 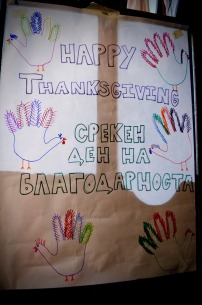 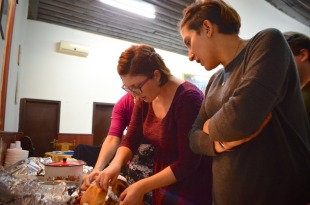 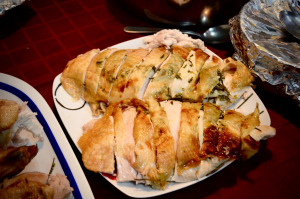 Other important developments this week: we had our LPI, I think I did fine. I didn’t speak as well as I do in regular life because I get all tripped up in my head about what I want to say, and the questions are purposely open-ended (for example: “Tell me something about yourself.” My answer: “I…uhhh…like reading?”) Anyway, It wasn’t quite that bad, and I’m a little mad at myself for not doing as well as I think I could have done, but it doesn’t really matter because the bar is set pretty low and I’m positive I’m above where I needed to be.

We also went on a couple of “field trips” with Zoki this week – one to the Sinalco factory (it’s like the Coca Cola of Macedonia, they make soft drinks and juices and beer) and one to Stobi Winery! The winery was a lot of fun, we did a tasting and toured the facility. Definitely something I’ll be bringing people to do when they visit – it’s a little pricey in terms of our salary, but a worthwhile splurge for special occasions – you can go out to the vineyard and do a private tour and then a five course meal with wine pairings and it’s about $35. We also went on another hike, it was a beautiful walk in the hills but you can see the smoke/smog haze already settling into the valley. It’ll only get worse as winter comes and people are heating with wood stoves and driving more. 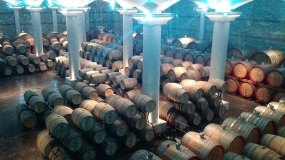 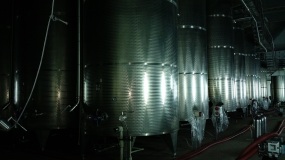 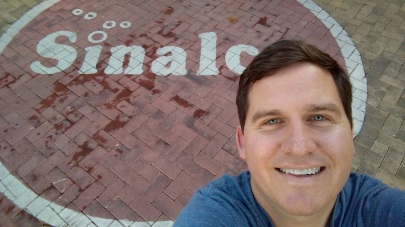 The most important news is… we swear in as Volunteers on Friday!! We’re finally going to be officially into our two years of service. And I was selected by the group to give a speech in Macedonian at the ceremony (in front of the President of Macedonia…and the Peace Corps Regional Director for all of Europe and the Middle East and Asia…and the Ambassador…and an assortment of other fancy people.) So I’m trying to be super confident and not freak out. It’s working so far. Still having trouble pronouncing придруживте without tripping over my tongue. And I bought some control top panty hose to suck in my bread belly so what could go wrong?