I have no coherent theme for this week’s blog, just a random collection of happenings.

I started participating in a photography workshop through WordPress this week. It’s been good for me to get some new perspectives on my pictures, and I’m really enjoying checking out other people’s work. I’ve been posting them on a separate page within the blog, you can see all of my posts for the workshop here.

Tuesday, March 8th, was International Women’s Day. IWD is a UN holiday that is celebrated all over the world; in Macedonia, it takes the place of mother’s day, but is so much better because you don’t have to be a mother to be appreciated. My coworkers and I went down to a ceremony in the town center at a statue honoring soldiers who died during WWII, where flowers were laid under the names of female soldiers and a small speech was given about their sacrifice and the importance of honoring women. Then people came back to our office for snacks. I got two red carnations (one from a coworker and one from the mayor), a stick of deodorant (all of the women in my office got one, so I wasn’t being singled out for my showering habits), daffodils, socks and a brush/mirror combo from my host family, and four beautiful cacti from Kyle. 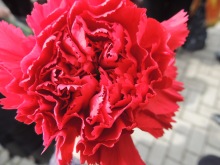 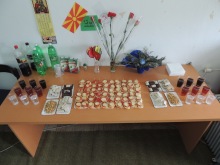 On Thursday, I went to Skopje with my counterpart to attend a conference. I wasn’t quite sure what it was going to be about, but it turned out to be panel discussions on the role of gender equality in the EU accession process for Macedonia. It was really informative and made me think more about the tremendous obstacles women in Macedonia face in their fight for equality. It also made me think a lot more about the relationship between international/regional organizations, national governments and NGOs, and local organizations. I was grateful for the translator headsets that were provided, because while my Macedonian is coming along, I don’t think I could have processed a day full of technical information just yet.

On Friday I decided to go into the office a little late so that I could Skype into a GLOW meeting from home where I wouldn’t have any distractions. I didn’t think about the fact that my host brother didn’t know I was still home, and that when he locked the door from the outside on his way to school I wouldn’t be able to get out. Luckily for me, he came home about 30 minutes after I discovered I was locked in (while I was trying to figure out who I should message to come let me out), and we’re going to get another key made so this won’t happen again.

Our house has also been overrun by dogs this week; our dog Gina is in heat, and so all of the would-be fathers have come out of the woodwork and are always creeping around the house trying to find her; she’s locked in the shed for her own safety, although I think more puppies are probably inevitable at this point. The dog fights outside of our window in the middle of the night are getting pretty old though, and whenever we want to let poor Gina out we have to scatter the pack into the street. 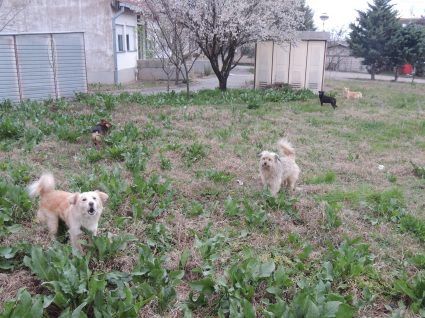 This weekend was a holiday called Прочка (prochka), or forgiveness day. Children go around apologizing to any adult they can think of that they may have wronged during the past year, kiss their hand, and then get money. An industrious (and probably often misbehaving) kid could make a fortune! Also, there’s baklava involved. SO MUCH BAKLAVA. I would complain about how it’s undermining my efforts to eat healthier, but who am I kidding – my host mom’s chocolate baklava is crazy good.